The Age and Experience

The Age and the Experience (over the Years)

Established in December 1995, CHTS began its operations in April 1996 under the Dynamic Leadership of its Founder and the then Managing Director Mr. Aishvarya Raj.

Mr. Raj established the Institute after working at senior managerial positions in reputed hotel chains like the WelcomeGroup, Hyatt Group and the Oberoi Group.

The legacy set by Mr. Raj is now continued by the now Managing Director Mr. Sidhartha Bhutani since 2014 in the new campus at Faizabad Road Lucknow.

CHTS’ IHMCT today, has trained and placed hundreds of students, nationally and internationally, and is regarded as one of the most sought after colleges by the Hospitality Industry in India.

Over the years, the Institute has grown to provide to the student, an excellent infrastructural setup and a ‘SOUL’ of widely experienced Faculty imparting Value Added Education to its students.

The Institute has created a niche for itself in the Hospitality and Tourism industry by adopting the highest standards of learning and teaching methodologies.

The Institute is relentlessly working for the enhancement of facilities and standards in order to provide the best  of education, training & placement to its students.

Lately, the students of CHTS’ IHMCT have been among the Toppers of the University and also bagged the top positions in most of the National Chef Competitions organized by various Universities all over the country.

Posted in | No Comments » 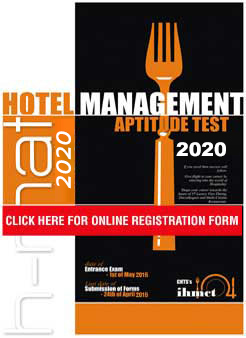 Students head for Industrial Training at the Grand and lovely Jaypee Spa and Resorts, Greater Noida.

Students of IHMCT secure second rank in food fest held at AMITY University!!! IHMCT Students were the toppers and also grabbed third rank at Culinary Festival held at Bundelkhand University!!! Seniors welcomed the juniors to the college with fanfare and in turn were given a lavish farewell party. We all wish all our last semesters a very happy and sucessful life ahead !!! CHTS IHMCT in conjunction with RCLD ( Regional Center, PTU) held a job fair for placement in Air India Sats for all the students of PTU in UP. It was a huge success with over 30 students being given offer letters on the spot !!! 6th sem of 2011 has not begun...students placed at The Oberoi's, The Marriotts, Old World Hospitality, The Piccadilly and the ITC Fortune Gurgaon and Goa properties!!! Placement authorities from various hotels PRAISE THE STUDENTS AND TEACHERS THAT THE STUDENTS HERE...BETTER THAN MANY OTHER COLLEGES VISITED SO FAR...HURRAY GUYS...CLAP FOR YOURSELVES!! OCER absorbs Anamika Ojha...Piccadilly Lucknow absorbs students at HOT Level!!! ITC Fortune results awaited...Marriott Gurgoan absorbs Pratichee, Kameshwar and Deepak.!! ITC Fortune Group - Goa and Gurgaon, Marriott Courtyard Gurgaon and Piccadilly conducted Placement Interviews for 5th Semester students...Best of Luck for the results Ladies and Gentlemen Training & Placement news 2010 *8 students head for Park Hyderabad Through Campus Interviews - This is Just the Beginning!!! *MBA student Nalini Trivedi makes it to Top Class Export House - Rehman Group of industries as Management Trainee!The last semester has JUST BEGUN!!! *CAMPUS INTERVIEW by THE PARK HYDERABAD ON 29TH APRIL...BEST OF LUCK TO ALL!! *Best of Luck to ALL 4th SEMESTER students for INDUSTRIAL TRAINING!!...confirmed at the following: THE MARRIOTT GURGAON! THE RADISSON DELHI! ITC MAURYA SHERATON, NEW DELHI! INDIAN HABITAT CENTRE, OLD WORLD HOSPITALITY, NEW DELHI! THE LALIT ASHOK, BANGALORE! TAJ VARANASI! TAJ VIVANTA, GOA! TAJ RESIDENCY, LUCKNOW! CLUB MAHINDRA HOLIDAYS, JIM CORBETT